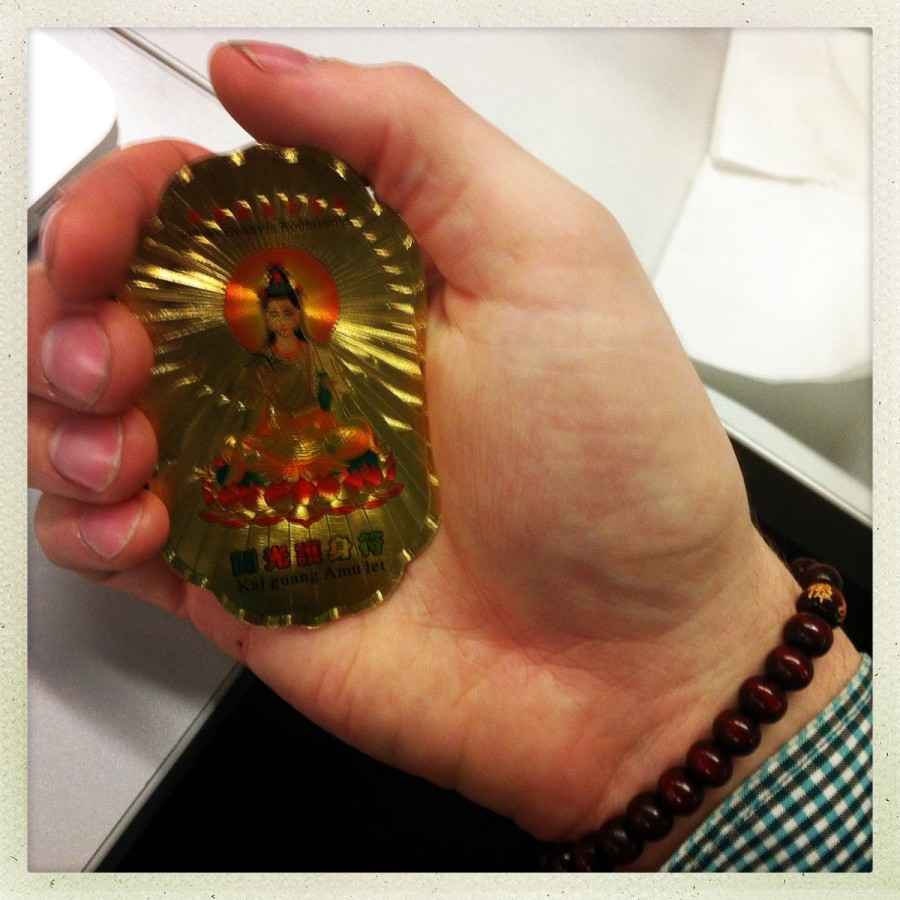 One of the most fulfilling aspects of living in New York City is the fact that we are exposed to so many different cultures on a daily basis. For those open to it, the city provides ample opportunities to experience the richness and wisdom from other cultures. Recently, I was given an amulet by a Hare Krishnas monk. I’d seen these men walking around the city countless times, but never actually spoke with one of them. Until now. This is what I learned:

Imagine training for and then running a grueling marathon only to turn back at the finish line to help the other runners who are struggling on their way. This is essentially what the goddess Guanyin does as a bodhisattva, or enlightened being. Guanyin (alternate transliterations are: Guan Yin Kuan-yin), is also known as a Goddess of Mercy. Once she has reached enlightenment, she remains to help others who are struggling on their path.

The amulets, or any consecrated object, are described as “Kai Guang.” Literally meaning “opening of light”, this Chinese term indicates that a religious official has performed a ritual requesting a certain deity to occupy the object. The term is used in several religious traditions throughout Asia, including Buddhism and Taoism.

The amulet’s intent is to offer peace and light to the recipient, much as Guanyin represents to her followers. Living in New York, it’s easy to get bogged down in hectic city life. Receiving this unexpected spiritual gift in the middle of my restless life seemed to be a sign of luck, instilling in me a sense of spiritual clarity and peace.

Scam or Not – Accept it for the Peace it Offers

While some view the free amulets as a scam, a monetary solicitation from the followers of the International Society of Krishna Consciousness, I like to think of this as a “glass half-full” opportunity. To dispel any fears of donating, a truly spirtual monks who offer these religious tokens will not ask for anything in return, as they are intended to be a true gift. I suggest giving them as much as you feel is right – from a single dollar bill to the $50 the less spiritual request!

The amulet is infused with the spirit of one who has been helped across the finish line, achieved enlightenment and has chosen to return to help those who are struggling. Walking away from this experience, I realized I have received the gifts of peace and light, regardless of how little or how much I paid for the amulet. In turn, I also can promote this cycle by coming back from the triumphs I have experienced and helping other to achieve the same. 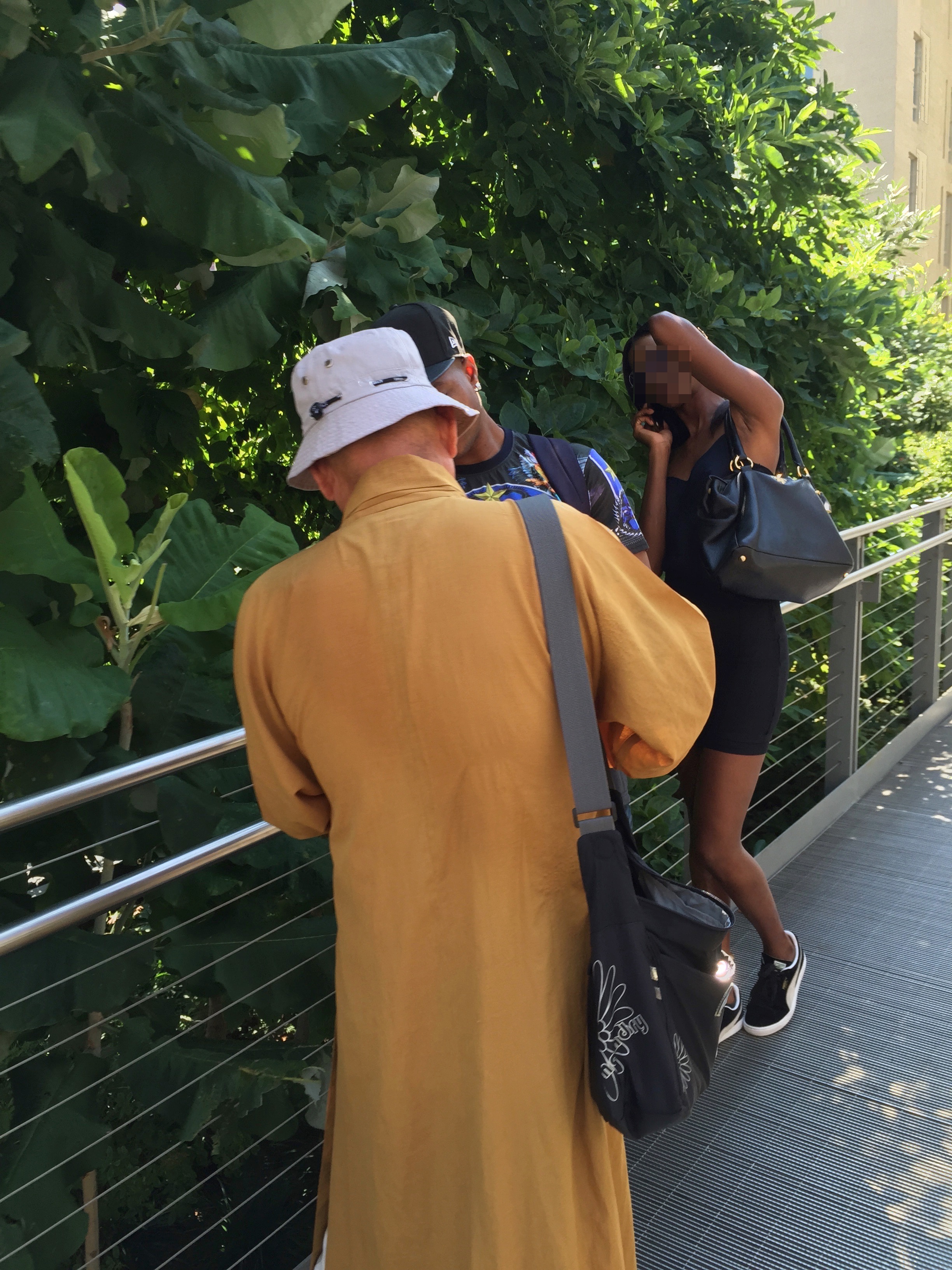 My Story of the “fake Monks” of NYC

Ran into a Buddhist monk on the street today ~ #peace.  This is often a little strange and comes off as a scam but… The Hare Krishnas of NYC are rooted in a beautiful religion but its hard to tell if this gracious touch by the divine is actually a nice gesture or an attempt to get a quick buck. I like to look at this as a“glass half-full” type of situation and see it as a sign of luck and spiritual clarity.

To ease your fears about donating – technically the teachings of the religion do not allow the monks to ask for anything in return after giving you a bracelet or medallion. However, if you are worried about Karmic balance I suggest giving them a dollar (or the $50 they ask… lol).

Guanyin = Enlightened being (goddess) of compassion

Bodhisattva = Enlightened being (a god)

Kai Guang = Chinese term for consecration of a statue of a deity. (in this application an Amulet)