Happy holiday party One Medical Plus 1 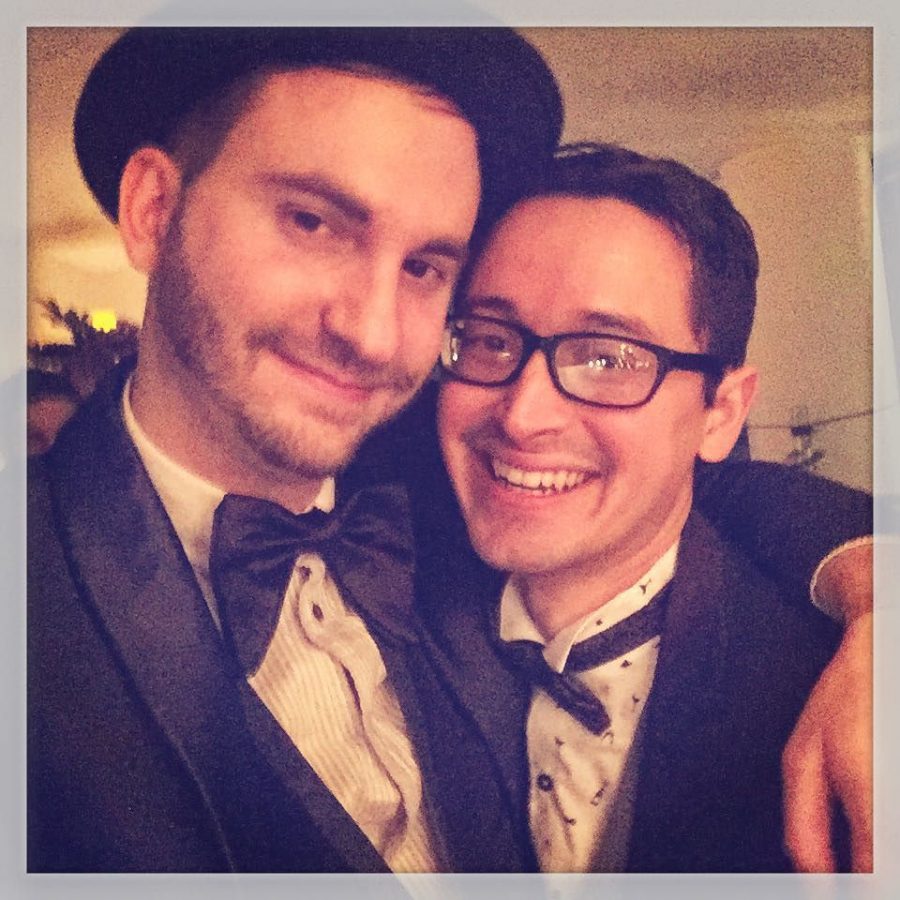 Happy holiday party One Medical Plus 1

December 10, 2016 Posted by Zacahry Martz Facebook, FacebookPage, Lifestyle, Other, Tumblr, Twitter
| #omnyholidayparty #nyc #holiday
| I have to say I was pretty impressed with this holiday party. One of the best I have been to and I am not even employed by One Medical. I guess it was good luck to be a +1 at this event.

Constructed in 1922-24 as The Greenwich Savings Bank building, the imposing new headquarters was to mark this institution’s progress from its modest Greenwich Village origins to a prominent midtown location, is one of the refined examples in the impressive corpus of bank buildings from the firm of York and Sawyer, both architects, initially employed by McKim, Mead, & White.

The Party location was Gotham Hall and was perfect for the “Great Gatsby” theme. The setup was not too shabby wither and had 2 open bars, 2 buffet lanes, and non-gambling table games for after the meal.

After our meal and a toast we all gather around table games. The event was setup to teach those who have never played the games some basic strategy and the rules. As I never learned Craps that was the table I ended up at. At first Craps appears to be very difficult but the basics are pretty easy. I eventually discovered that my luck, which i like to call “negative-odd”, helped me in this game and I quickly found myself getting high-fives from the crowd. My biggest fan at the table turned out to be the CEO / Owner of One Medical. The night was very fun and I enjoyed the work related activity with my hubby Angel. We even instagram’d out image so it could be displayed on the big screen at the front of the hall. 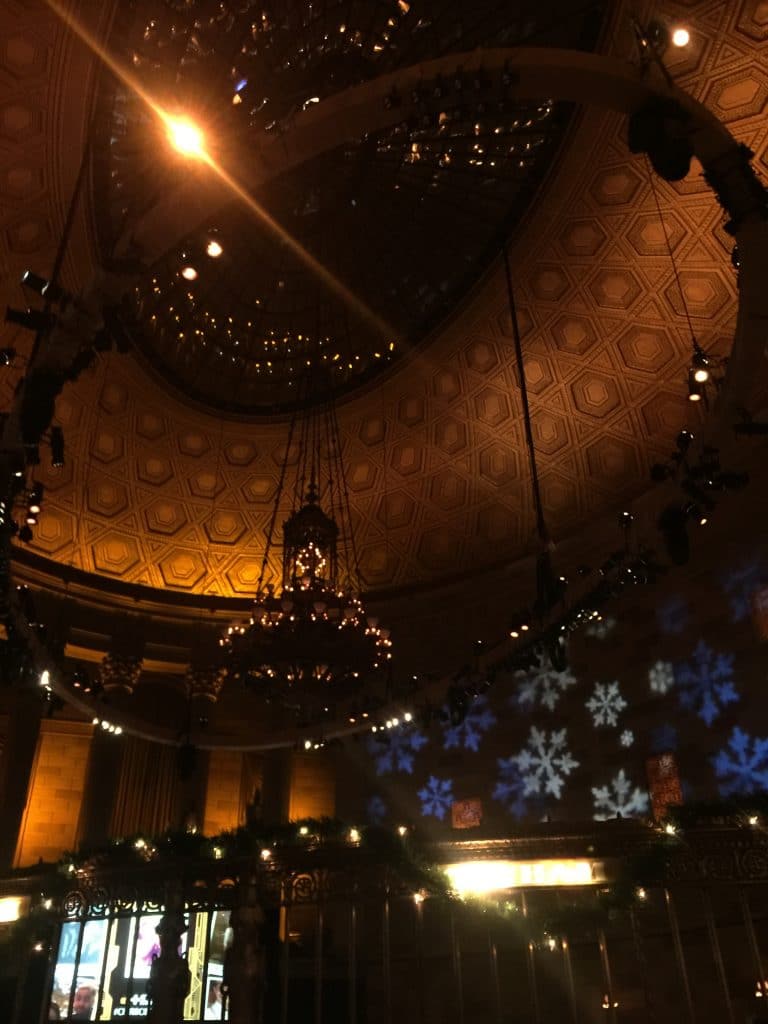 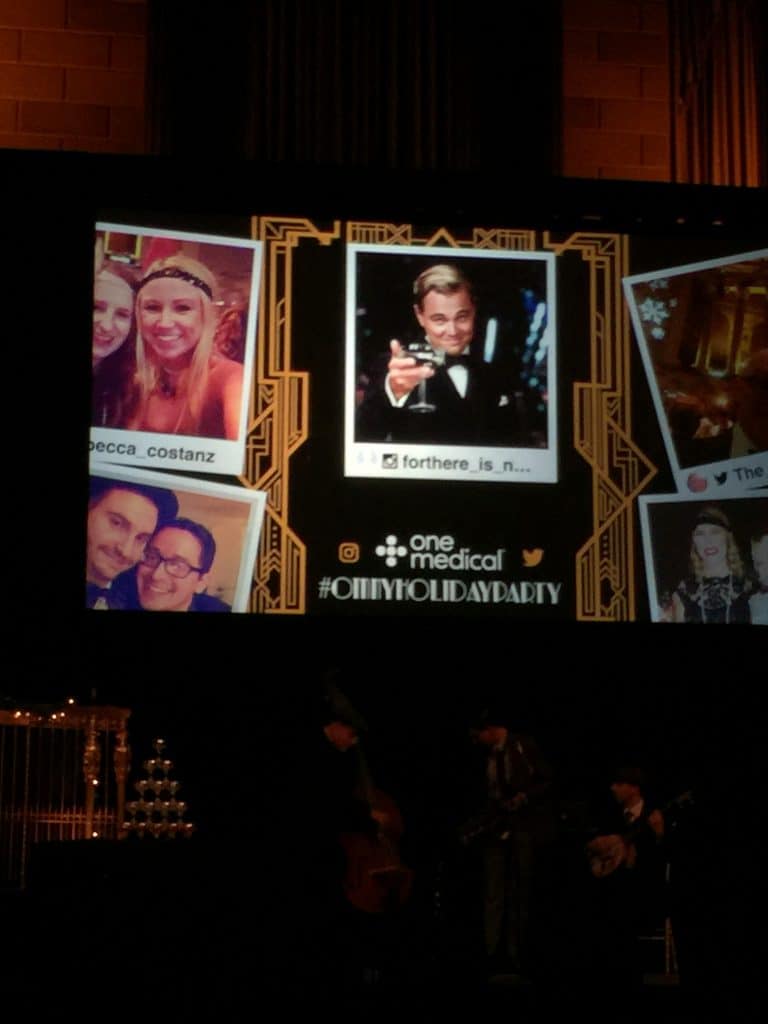 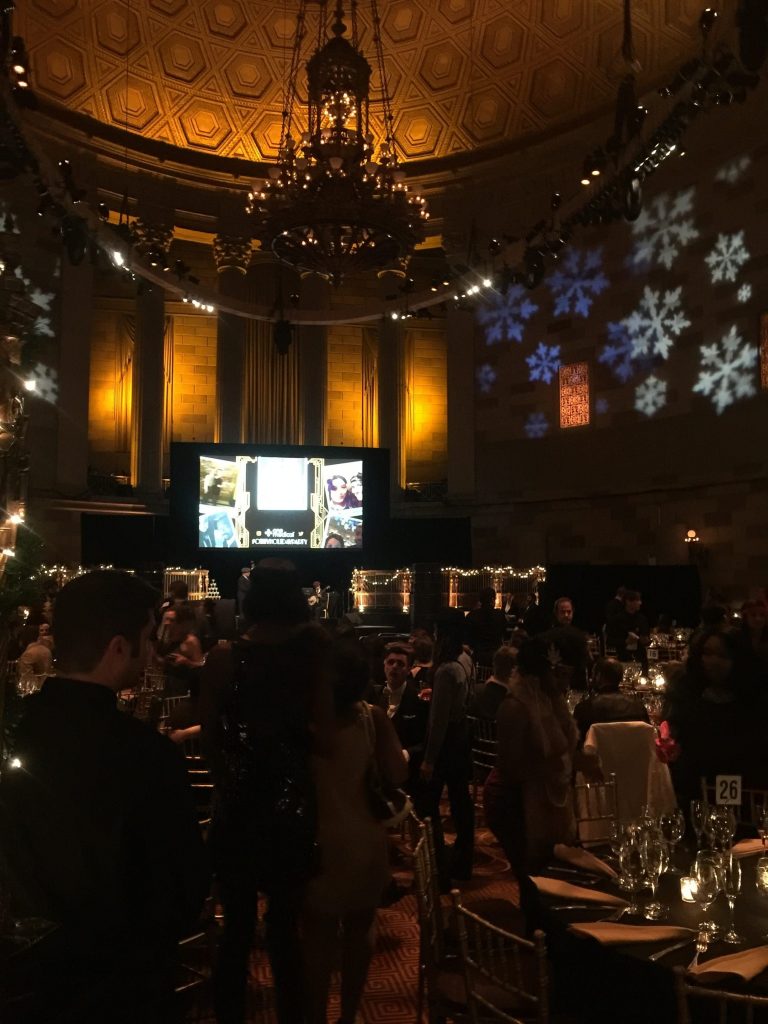